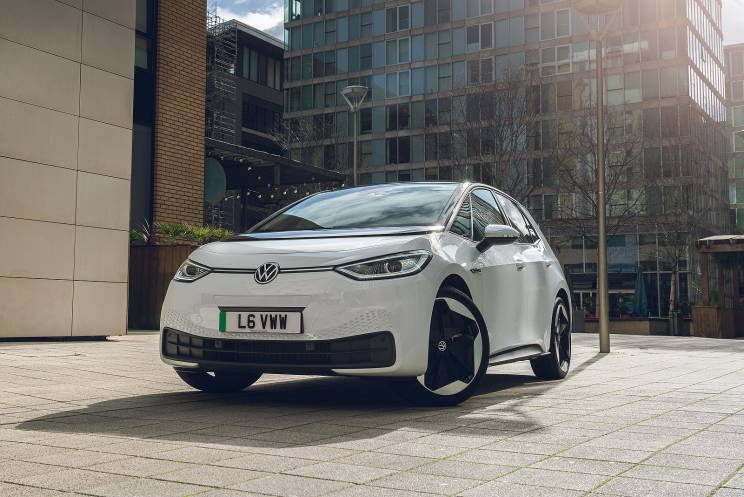 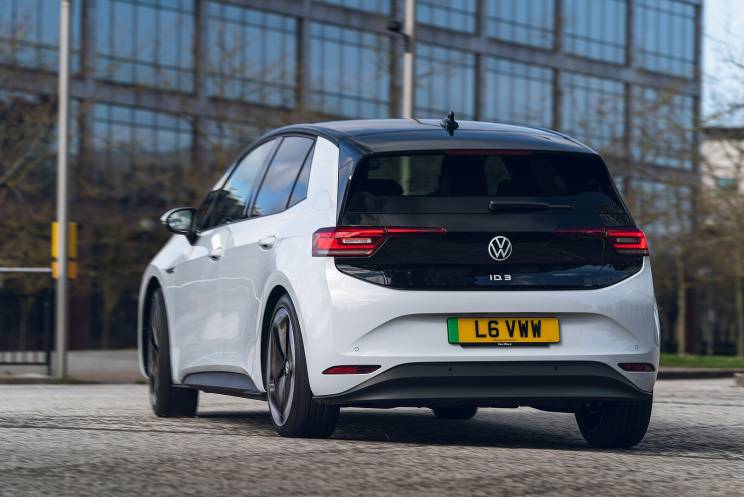 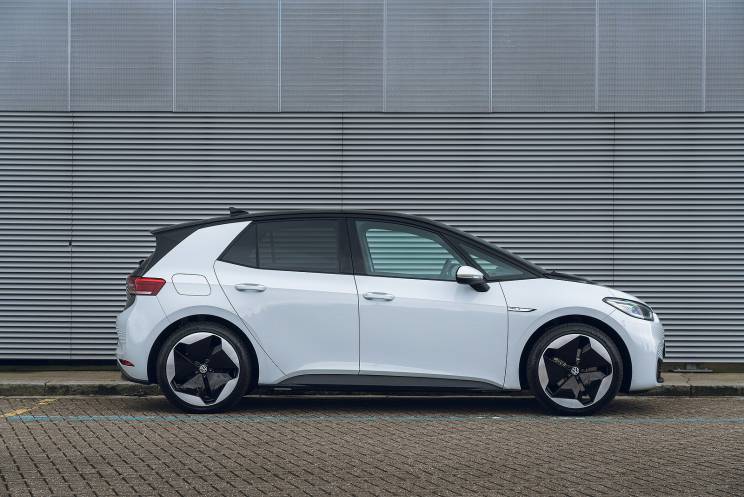 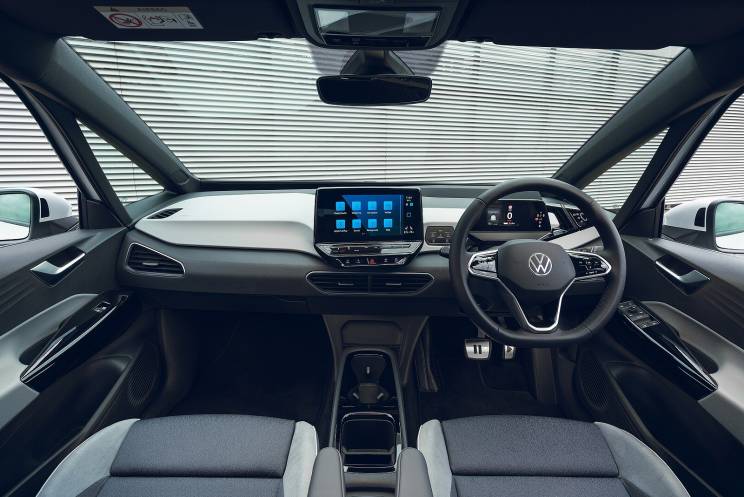 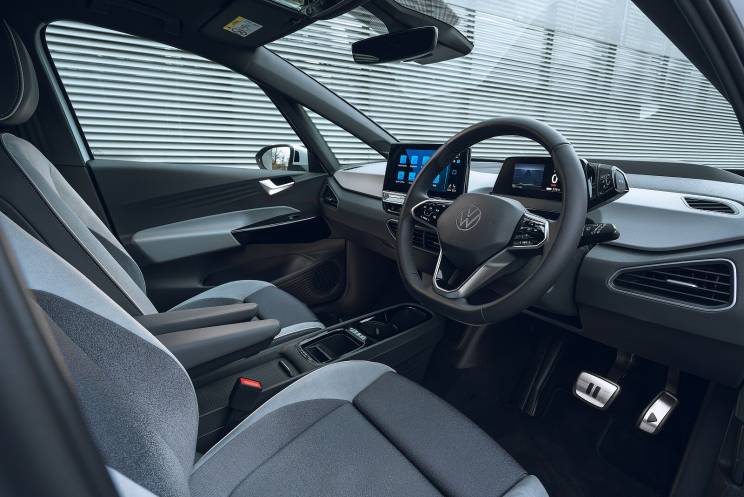 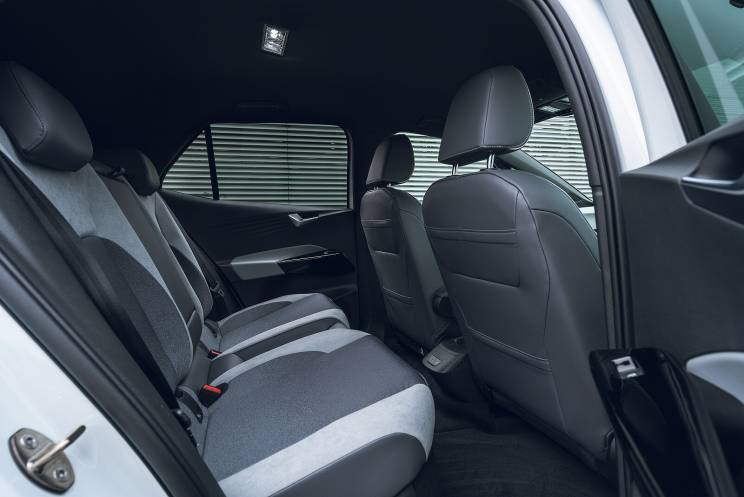 Ten Second Review
The ID.3 will change the way you think about Volkswagen. And, the brand hopes, it'll change the way you think about affordable electric cars. This contender is priced, shaped and designed right for the heart of the family segment of the growing EV sector and, unlike previous battery-powered Volkswagens, it's completely new from the ground up. It's small enough for the city and big enough for the family. Plus it's as affordable as a comparable petrol or diesel model and clever enough to make a conventional family hatchback seem hopelessly outdated. The future's arrived.

Background
So far, there have been two eras in Volkswagen's history. The first post-war period of the Beetle. And the second modern era, dominated by the company's biggest-selling model, the Golf. The third period starts now with this car, the ID.3, the first of many products from the Wolfsburg maker's new ID all-electric sub-brand. We've had all-electric Volkswagens before of course (the e-Golf and the e-up!) but they've been based on the underpinnings of ordinary combustion models. The ID range will be very different, created around a purpose-designed MEB electrified platform and built at a bespoke EV factory in Zwickau near Dresden. Ten new ID-series designs to be manufactured at this facility will be launched between now and 2025, including an SUV, a 7-seater, a luxury saloon, a coupe and commercial vehicles. The first offering though, is this ID.3, a Golf-sized hatch with Passat-sized interior space. And technology that aims to make you think again if you haven't yet considered a switch to electric motoring.

Driving Experience
Let's cover what you need to know here: ultimately, there will be three choices of powertrain for the ID.3, with battery packs rated at 45, 58 and 77kWh, allowing for respective WLTP-rated driving range figures of 205, 260 and 342 miles. Plus there are two electric motor options, rated at 148bhp and 201bhp, both of which drive the rear wheels through a single-speed auto gearbox. It's the mid-level 58kWh battery package with the 201bhp electric motor that the UK will get first. In the future, there will be more powerful variants (using an extra electric motor on the front axle) and the option of all-wheel drive. To fire everything up, you hit the starter button, then activate the gear selector, a rocker switch mounted on the steering column that twists in two directions: it's forward for 'drive' and the braking regeneration modes, And you twist back for neutral and reverse. Acceleration has been programmed to be linear and consistent rather than arriving all-in-a-rush, though the top 77kWh version can get to 62mph in 7.5s. Top speed across the range is limited to around 100mph. And weight has been kept to reasonable levels (1,670kgs is relatively light for an EV) which should help handling. As is now compulsory for Evs, there's a pedestrian warning buzzer which works at under 12mph to warn pavement folk of your approach. The super-tight 10.2-metre turning circle is closer to that of an up! city car than a Golf.

Design and Build
The styling here's conservatively futuristic and this is a slightly larger car than pricier EV rivals like the Renault ZOE and the BMW i3: it's also a little bigger than a comparable Golf. Measurements of 4,261mm in length and 1,809mm in width make the ID.3 23mm longer and 20mm wider than a MK8 Golf - and this EV is 60mm taller too, thanks to the need for battery installation in the thicker floor. There's a swept-back windscreen (raked to better accommodate the head-up display system). Plus a black plastic panel beneath it styled to trick your eye into believing that the bonnet is shorter than it actually is. And the ID.3 generally rides on big 19 or 20-inch wheels. Inside, things are more avant garde, with all of the driving information displayed on a digital 'pod' panel. Thanks to the slightly raised floor, you sit a little higher than you would in a Golf and there's a standard-fit 10-inch centre-dash infotainment screen with intuitive voice recognition. There are plenty of stowage cubbies and a decently-sized central storage bin resides between the front seats. Due to a 145mm wheelbase increase over a Golf, rear seat room is almost Passat-like, but you don't get a huge boot, though the 385-litre capacity will be sufficient for most.

Market and Model
Volkswagen's goal with the ID.3 was to make the switch to full-EV motoring more affordable for more people - which means making it cost the same (or less) than an equivalent combustion-engined model. German pricing suggests a starting figure of around £21,000 for the entry-level variant, which if replicated here would achieve that goal, slightly undercutting a comparable petrol or diesel Golf. To start with, our market will be getting a much pricier (but generously specified) '1st Edition' model, priced at around £36,000 (after government grant deduction) and offered only with the mid-range 58kWh battery pack and the top 201bhp electric motor. Standard '1st Edition' kit runs to 19-inch wheels, a rear view camera, a heated steering wheel, heated front seats, adaptive cruise control, navigation and a pair of USB-C connectors for rear seat passengers. A 10-inch centre-dash infotainment screen is standard across the range and features a neat 'touch-sensitive bar', using which you can swipe across various screen zones to control both stereo volume and cabin temperature. Volkswagen's latest natural voice control system also features, enabling you to ask the car virtually anything as long as you preface it by "Hello Volkswagen". We'd want to specify the clever head-up display system, which projects augmented-reality navigation arrows, hazard alerts and pedestrian detection messages onto the inside of the windscreen in front of you as you drive.

Cost of Ownership
Volkswagen reckons that a typical ID.3 user will save about £730 a year in operating expenses over what they'd pay to run a comparable combustion-engined model. It's not only that your energy costs will be lower: you should also make savings in insurance, road tax and the fact that no oil changes are required. Volkswagen says that its aim is to make sure that the battery pack lasts as long as the car and, sure enough, that battery pack is warrantied to have at least 70% of its usable capacity after eight years or 100,000 miles. As usual with an EV, around 80% of charging will be done via programmable overnight replenishment using owners' garage wallboxes - bespoke versions of these are available through Volkswagen. Out and about, in the unlikely event that you find a 100kW rapid charger, around 180 miles-worth of electricity can be taken on board in just 30 minutes. You'll only be able to get the capability of using such a 100kW on-board fast charger with mid-level and higher-spec ID.3 models - though this uprated charging system is optional lower down the range where the cheaper variants make do with a 50kW charger.

Summary
So here we are in Volkswagen's new era and there are lots of things we like about the ID.3. You'll appreciate the clever packaging, the quick performance, the sharp manoeuvrability and the cutting-edge cabin tech. You might even really like the quietly futuristic styling. What we think will most appeal here though, is the way that the Wolfsburg brand has been able to deliver a family-sized EV at a sensible price that really is directly comparable to combustion-engined alternatives. What's more, this really does feel like an authentic Volkswagen, with a rear-driven format that even has a few Beetle throw-backs. In half a century's time, there's just a chance that the ID.3 will command a place in automotive history alongside that seminal VW model. As we said, the future starts here.